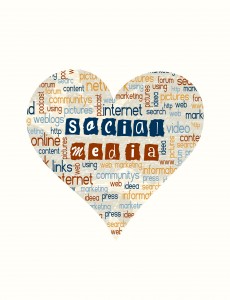 These are some of the articles, reports, posts, etc. that caught our attention this month. We originally send them out through our twitter account @law2sm, so follow us to get them as we find them. But many of them are such great resources we don’t want you to miss them, so we’ve decided to put them as a recap. Some have the links that will take you to their original sources, whether Mashable, Lexology, and/or others. For others you have to go to our Twitter handle @Law2sm to get. Enjoy and let us know some of the stories you’ve found interesting this time around. Just share in the comments below. Have a great week

On September 22, 2016 the Technology Law Section of the State Bar of Georgia, co-hosted a screening of the documentary “Terms and Conditions May Apply” at Emory University in Atlanta (http://www.technologybar.org/events/tacma).

The synopsis of the film reads: “TERMS AND CONDITIONS MAY APPLY explores the intent hidden within these agreements, and reveals what corporations and governments are legally taking from you and the consequences that result from clicking “I accept.””

As one side of my practice focuses on online legalities in the digital world I decided to go and see what it was about. First I will say it was interesting. Second I will say it was disappointing. As I sat there I was wondering why it doesn’t seem like they dealt deep enough – something is missing. And then when I looked up the film I figured it out – the film came out in 2013, which means it was filmed in end of 2012. So what was missing? Everything regarding Snowden and his whistleblowing, SONY, Target and other data breach hacks, and the current political and legislative environment regarding online privacy. The premise was good but the content did not prove timeless. Watching it with over 4 years of hindsight behind me I kept finding myself updating what was being displayed on screen (in my mind and notes) and wishing it would hurry up and get to its point.

There were a few gems I managed to record – because I was really, really looking for some tidbits to share since this film is old and so much has changed.

Have you seen this documentary? What year did you see it if you did? What was your reaction to it? If you haven’t just click on this link to view it for free. https://freedocumentaries.org/documentary/terms-and-conditions-may-apply

Online privacy laws that were to go into effect died because of the 9-11 attack and have not been passed yet.

The filmmaker (Cullen Hoback) called himself a “digital rights advocate” as he connects these online terms of use with government survellience.

Privacy is a fickle thing – you have nothing to hide until you do.

Who is watching the watcher?

On September 16, 2016 over 130 attorneys attended in person or via remote access the 6th Annual Social Media and Law program sponsored by the Institute of Continuing Legal Education in Georgia (ICLE). Chaired by Deborah Gonzalez, Esq. , founder of Law2sm, LLC (www.law2sm.com), the program featured a number of prominent attorneys in the areas of criminal and civil litigation, employment law, entertainment law and technology law.

Gonzalez began the day with an update of the social media legal landscape highlighting the most prominent changes in the social media technology and the latest cases relating to the online platforms. Gonzalez emphasized that not only were there changed from 2015 to 2016, but that these changes should be seen in the context of change from 2011 (when this series began) to 2016 (the present year).

The next panel focused on Social Media and its use in litigation. Paul E Andrew, from Andrew Merritt, Reilly & Smith, organized and moderated the panel. Josh H Viau from Fisher & Phillips LLP and Melinda C Pillow from the Law Office of Melinda C Pillow were the panelists. They began their presentation with a comparison of the 20th and 21st Century perspectives about the use of the Internet in litigation:

21st Century View: A lawyer has a duty of competence to his/her clients (GRPC Rule 1.1). To be ignorant of social media and its interrelationship with the law is unethical at best and, at worst, malpractice.

Their panel discussion followed the litigation process from client intake to after the decision and award. Some highlights:

Third panel of the day recognized the importance of this year in politics. Tamay Shannon (@Where2start) from W2S Marketing and Ashley Sasnett (@AshleySasnett) from Atlanta joined Gonzalez in looking at the impact social media platforms are having on the politic landscape, specifically this presidential election. The panelists provided examples of social media campaigns and best practices and Gonzalez focused on the legal issues surrounding this use.

After lunch the anxiously anticipated social media and ethics panel began. Moderated by Paul Andrew it included William J Cobb, Counsel for the State Bar of Georgia and Terri Thornton from Thornton Communications. Christina Petrig, then counsel for the State Bar of Georgia, left many attorneys with more questions regarding “consent” from clients. In response Ms. Thornton worked with her attorney clients to create a series of hypotheticals, and Andrew sent them on to Tina and Cobb. Cobb, Thornton and Andrew then went through the hypothetical scenarios. The short answer is always get consent from your client before you post anything right before you post it. Do not rely on a social media amendment signed at the beginning of the engagement as situations may change and the client may change their mind. Cobb also provided a good paper regarding specific ethical rules to be considered when an attorney uses social media.

The next to the last panel focused on a specific application of social media use within the entertainment industry. Social Media: Celebrities and Public Figures Legalities included Julie K Roach, Esq.(@julieroachesq), Ashley Hollan Couch, Esq. (@CouchLawyer) and Eddie Rhodman, Jr. from DFSM.

The last session of the day was Social Media International Developments by John Yates of Morris, Manning & Martin, LLP. According to Yates this topic is important because “While social media has become ubiquitous across the world in all realms of society, the legal complexity surrounding it remains challenging.

These challenges are daunting in light of the diversity of concerns that must be addressed among different countries that may have inconsistency in the rules and regulations based on new technologies and overlapping jurisdictions. Plus, these applications are changing so quickly that someone who thinks they’ve covered their bases may learn that the landscape has changed drastically in a short period of time. “ John’s session was based on a survey “derived directly from international attorneys (from 16 different countries) with whom I have been involved throughout the ITechLaw organization, a global association of attorneys focused on technology law issues.” The questions addressed by them were:

For more information about the program and/or to secure materials from prior year sessions please contact ICLE at http://iclega.org/. 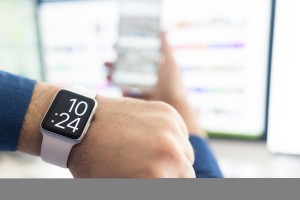 The discussion began with some introductory remarks and a history of wearable technology – where it came from up to where it is now. The moderator then presented a series of questions for each panelist regarding how they use the technology, what are the trends and obstacles they see, and how they believe this technology will change employer and consumer behavior. Below I have put some highlights form the discussion.

Factors of adaptability of wearable technology? 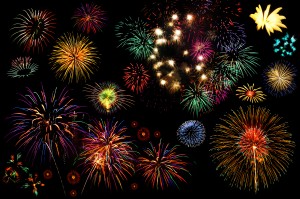 Hope you had a safe and fun Fourth of July!

These are some of the articles, reports, posts, etc. that caught our attention this past month. We originally send them out through our twitter account @l2cyberbullying, so follow us to get them as we find them. Some of the links below can only be accessed by our Twitter handle. But many of them are such great resources we don’t want you to miss them, so we’ve decided to put them as a recap. Enjoy and let us know some of the stories you’ve found interesting. Just share in the comments below.

Welcome to our monthly recap of interesting stories relating to Cyber-bullying.  These stories cover many issues including: … END_OF_DOCUMENT_TOKEN_TO_BE_REPLACED